Coming into Port: The Conversion of Michael Nazir-Ali 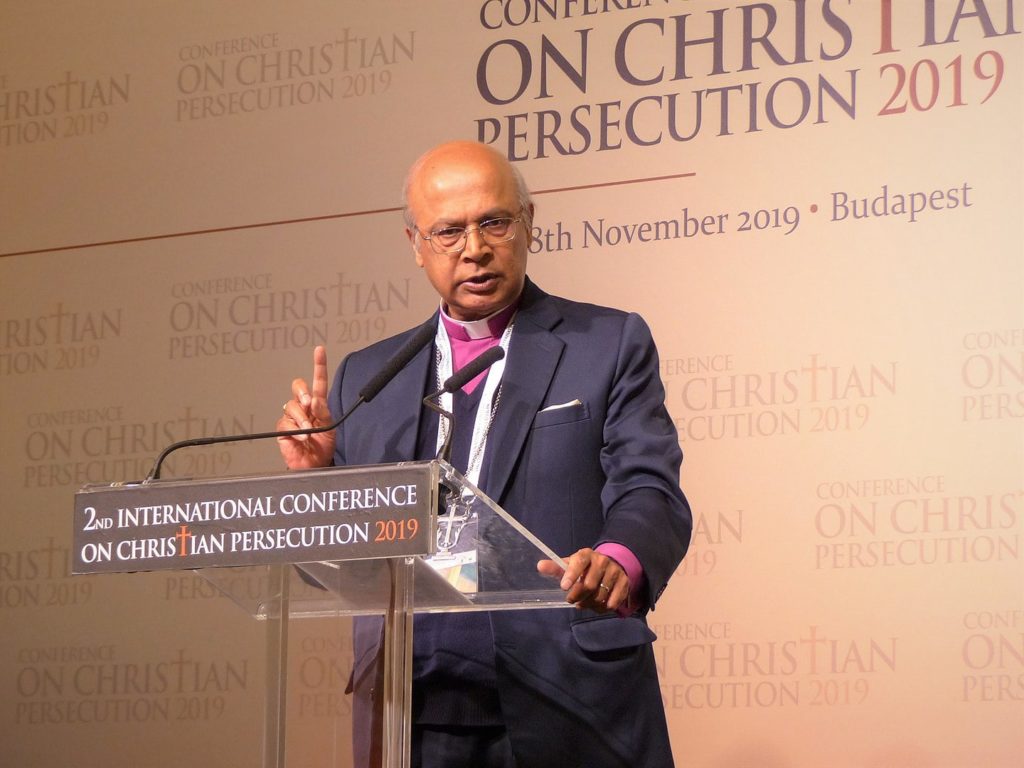 The conversion of Michael Nazir-Ali, at this point in the life both of the established Church of England, the Catholic Church in England, and the wider Catholic Church, is plausibly the most significant conversion since the now St. John Henry Newman knelt at the feet of Bl. Dominic Barberi in Littlemore, Oxford, in October 1845, and asked for reception into the Catholic Church.

While some might consider it hyperbolic to describe the conversion of Michael Nazir-Ali, former Anglican Bishop of Rochester, England, to the Catholic faith (or as some Anglicans prefer, the “Church of Rome”) as the most significant clerical conversion since that of John Henry Newman in 1845, it is undoubtably the most important since Ronald Knox converted in 1917.

The period before and after the Great War, leading up to the 1970s, saw numerous converts from the world of the arts and literature; Belloc, Chesterton, Graeme Greene, Edith Sitwell and Siegfried Sassoon, to name just a few. But truly impressive and influential clerical “crossovers” are less notable; the same period only saw a few: Robert Hugh Benson, the son of the Archbishop of Canterbury, certainly caused a sensation and then, of course, Knox, Anglican clergyman and also the son of a bishop.

Throughout the twentieth century, both in the United States and Great Britain, significant clergy from other denominations converted to Catholicism. In the United States, the significance of Fr. Richard John Neuhaus cannot be underestimated, and the same goes for Fr. George William Rutler. The Catholic Church often failed to use the talents of the men who had given all to join what one New York wag called the “Murphyia.” Some have suggested that the intelligence and abilities of many of the clerical converts cast a rather unflattering light on the native clergy—a reason, to be sure, for some of the jealousy and petty vindictiveness that many received.

The “pastoral provision” of Pope John Paul II allowed many married Anglican clergy, and some Lutherans, to come into the Church in the 1980s and ‘90s and be ordained as Catholic priests. The most notable conversion during this period, and certainly the most senior Anglican bishop to convert from Anglicanism for many centuries, was Graham Leonard, the former bishop of London, who became a Catholic priest in 1994. Although the bishopric of London is a more prestigious see than that of Rochester, and certainly Leonard was a fine and pastoral man, his talents and intellectual gifts did not compare to what the now Mister, soon to be Father, Michael Nazir-Ali brings to the Catholic Church.

The real flood of Anglican clerical converts, or certainly the significant stream, came with the creation of the Personal Ordinariates—there are three—by Pope Benedict XVI in 2010. This prophetic gift to the Church allowed parts of the Anglican patrimony, especially the liturgical patrimony, to be incorporated into the life of the Church, rather like the Eastern Rites. The Ordinariate is not technically a Rite, however, rather a “super diocese” under an Ordinary. Even though I was ordained as a Catholic priest, because I had been an Anglican as a boy, I was able to join the Ordinariate of Our Lady of Walsingham two years ago, which had brought me much joy. A number of former Anglican bishops have also joined the Ordinariate, and it is profoundly significant that Nazir-Ali has decided to join this group at this moment when, it must be said, such a boost was badly needed.

Therefore the conversion of Michael Nazir-Ali, at this point in the life both of the established Church of England, the Catholic Church in England, and the wider Catholic Church, is plausibly the most significant conversion since the now St. John Henry Newman knelt at the feet of Bl. Dominic Barberi in Littlemore, Oxford, in October 1845, and asked for reception into the Catholic Church.

Born in Karachi, Pakistan in 1949, following the tumultuous years of independence from British colonial power, Michael was born to both Christian and Islamic parents; his father was a convert from Shia Islam—there is our first clue about the future importance of Michael Nazir-Ali. Educated at a Catholic school, young Michael formally identified as an Anglican at the age of twenty. Having studied at both Oxford and Cambridge, where he met his wife (with whom he has two sons), and following his Anglican ordination, he became the youngest bishop in the Anglican Communion as the first Bishop of Raiwind in West Punjab. When his life was endangered in 1986, Archbishop of Canterbury Robert Runcie arranged for him to find shelter and a new life in the United Kingdom. After a stellar career, he was appointed as the Anglican bishop of Rochester in Kent, where, it should be remembered, his martyred predecessor St. John Fisher had been bishop.

Bishop Nazir-Ali served with distinction. Among many other important educational and ecclesiastical duties, he was most notably the chair of the Ethics and Law committee for the UK government’s Human Fertilization and Embryology Authority—another example of the intellectual acumen now willing to serve the Catholic Church in England. Almost chosen for the Archbishopric of Canterbury in 2002, he was the second choice when Prime Minister Tony Blair picked Rowan Williams. Nazir-Ali retired from the See of Rochester in 2009.

Hilaire Belloc, the quintessential pugnacious English historian (although he was half French), in a letter written in the 1930’s to his friend Evelyn Waugh, another significant literary convert, described the English Catholic episcopacy at the time as a “fog of mediocrity.” Sadly, as Nazir-Ali enters the Church, the fog is even thicker, with increasingly poor visibility—Covid has proved that beyond reasonable doubt. It is precisely because of these poor ‘weather’ conditions that I wish to highlight three gifts of the future Fr. Michael that he will bring not only to the Church in England but to the worldwide Catholic Church.

In the first place, Nazir-Ali has always been considered an Evangelical in the Anglican tradition, even though he has called himself both “Catholic and evangelical.” He is a man who believes in the life, saving death and resurrection of the Lord Jesus Christ. That very statement might cause consternation and anxiety, not only for certain Anglican bishops today but also for many Catholics. He is a converted believer who proclaims the Gospel with conviction. As Great Britain sinks into the doldrums of paganism and despair, the conversion of a man like Nazir-Ali matters, and is probably not what the “let’s not rock the boat” crew want.

Secondly, there is little doubt that Nazir-Ali is an old-fashioned conservative. Despite his compassionate conservatism, the former Bishop was unafraid to speak about “intolerable” issues like same-sex marriage and—perish the thought coming from a man with dual Pakistani-British nationality—the “newfangled and insecurely founded doctrine of multiculturalism.” Nazir-Ali will not be afraid to speak the truth in love.

Lastly, he possesses expertise and a realism about Islam which is unmatched. I came to know Bishop Nazir-Ali because of his work for the persecuted Church, especially in Iraq and Syria. There is no one with greater knowledge or more understanding of the complexities in those regions than him. Will this knowledge be used and appreciated? Time will tell.

Nazir-Ali comes into the Catholic fold at a time when, to borrow a line from Dickens, it is not really the best of times but, in many ways, the “worst of times.” That makes this conversion not only authentic but important. John Henry Newman, writing of his conversion, described it as “like coming into port after a rough sea.” It would be comforting to promise Michael Nazir-Ali, former bishop of Rochester, still and serene waters. That will probably not be the reality, nor what he expects.