Armenia: EU To Escalate Its Response As Crisis in Nagorno-Karabakh Deepens

Facing a humanitarian crisis and an intransigent Azerbaijani regime, calls are mounting for a stronger EU intervention. 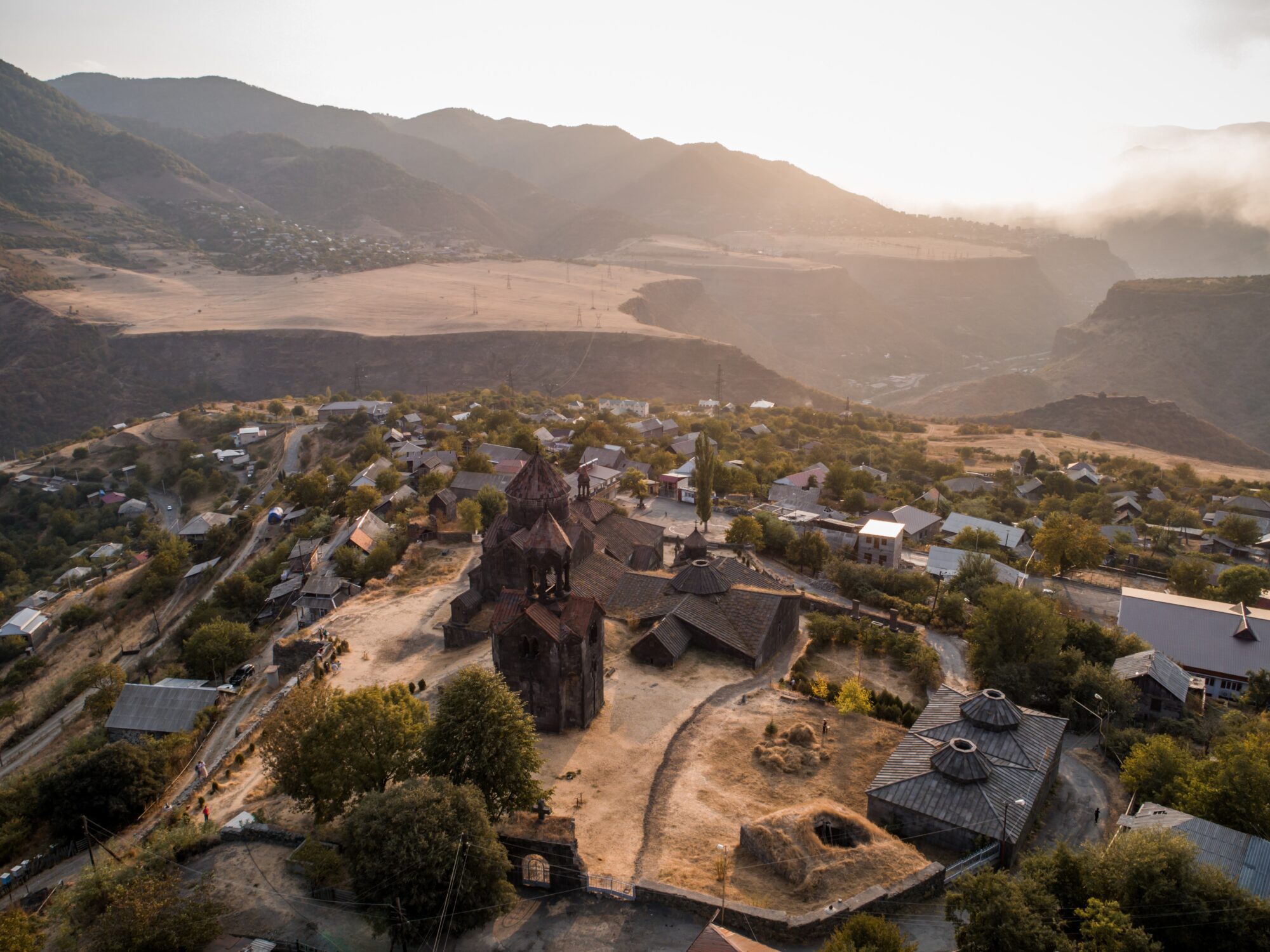 Facing a humanitarian crisis and an intransigent Azerbaijani regime, calls are mounting for a stronger EU intervention.

Events in the Caucasus are heading towards a humanitarian crisis as the siege of the ethnic Armenian Community in Nagorno-Karabakh continues.

The current situation commenced on December 12th when a group of Azerbaijanis claiming to be environmental protestors set up a blockade on the Lachin highway, virtually the only road leading to the Armenian enclave and its capital city Stepanakert. As a result, 120,000 Armenians, including 30,000 children, are now trapped with dwindling food and medical supplies. Groups such as Genocide Watch have warned that there is now a serious threat of ethnic cleansing underway in the region.

This represents a blow to the EU-brokered talks and peace agreements between Armenia and Azerbaijan, which was claimed by some to be a sign that the EU was filling the vacuum left by Russia in the South Caucasus. These included talks between Prime Minister Pashinyan of Armenia and President Aliyev of Azerbaijan in Brussels and in Prague during April and October 2022 respectively. Both were hosted by the European Council, and in both, the presidents agreed to peaceful collaboration in delimiting the poorly-defined mountain borders of their countries.

However, recent years leading up to this period saw numerous clashes between the Azerbaijani and Armenian defence forces, with both sides claiming the other was acting in bad faith and subversion. Writing in 2021 for Chatham House, Laurence Broer claimed that it was Azerbaijan who was applying “maximum pressure” to press for strategic advantage in border demarcation. In November 2021, EU officials condemned the Azerbaijani military operations of that month as “the worst violation to-date” of the 2020 ceasefire. In this light, the blockade of the Lachin corridor appears to be a cynical continuation of this policy.

There is some confusion over the protestors’ identity. Turkish channel TRT World reports on the protestors as being determined, young environmentalists. However, it is also apparent that the Azerbaijani government is currently paying PR firms to produce expert-signed environmentalist op-eds, one of which backfired when an Australian professor withdrew his signature after discovering the piece’s backing.

According to investigations by Armenian media, most of the protestors have no history of eco-activism, many have military backgrounds and actively shared pro-Aliyev content on social media. Another investigation by Armenian site CivilNet shares footage of the protestors giving the salute of the Grey Wolves, a pan-Turkic racial-supremacist organisation with ties across Europe and the near east.

On Wednesday, January 18th, the European Parliament debated the situation. Condemnations of the Aliyev regime’s actions were unanimous, and the environment protests were universally considered fraudulent. MEP Marina Kaljurand, chair of the parliamentary delegation for South Caucasus relations, denounced what she claimed was an Azerbaijani-led “witch hunt” that had begun against her due to her critical stance on the regime. Martina Michels of the Left Group and Emmanouil Fragkos of the ECR (European Conservatives and Reformists) Group both called for the creation of an air bridge to bypass the blockade and provide humanitarian relief to Nagorno-Karabakh, Fragkos demanding it be started by “the end of the week.”

Yet, such condemnation has not been matched evenly by other EU institutions to date. Patrick Lars Berg, a German MEP with the ECR Group who participated in the parliament’s fact-finding mission to the region was critical:

The double standards of the European Commission are sometimes breathtaking. President von der Leyen’s ill-advised rapprochement with the authorities in Baku showed a cynicism notable even by the Commission’s usual standards. The President even described Azerbaijan as a “reliable partner.”

Meanwhile, it appears that the EU is stepping up its response. Following the completion of a month-long observation mission, the European Council has announced its plan to send another mission. Armenian sources claim this mission will last two years and will patrol the entirety of the Armenian border. President Aliyev has expressed deep dissatisfaction with the development, stating that the new mission “will not increase security, but on the contrary, it will undermine the format of negotiations.” Other Azerbaijani sources are more outspoken, as one piece on the Azernews site calls the EU mission a “French tool to deploy military force in the region.”

In spite of Azerbaijani fears of an increased EU observation deployment, Mr. Berg is still sceptical if it will be enough. Speaking to The European Conservative, he surmised:

Azerbaijan has ignored its commitments under the peace treaty it signed—Armenian prisoners of war remain in captivity, and the destruction of heritage sites in Nagorno-Karabakh continues unabated. Armenia is rich in its Christian heritage, and the systematic destruction of both infrastructure and culture is appalling.

A distracted Russia is unable to break the impasse, and in recent days it appears the previously close relationship between Russia and Armenia is breaking down, to the extent that Armenia has banned CSTO [the Russian-led multinational military alliance] manoeuvres on its territory.

Given von der Leyen’s penchant for exporting European values to areas of conflict, perhaps she will consider putting the gas deal on the back burner and filling the vacuum left by Russia, thereby ensuring the basic needs of the Nagorno-Karabakh population.

Under President von der Leyen, Europe has experienced pestilence and war, and Nagorno-Karabakh is now experiencing famine. Just one horseman to go.